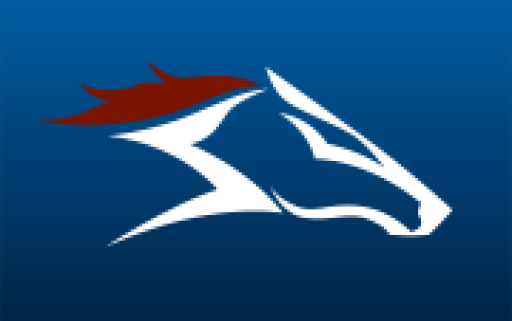 Saddleback Stables will feature two fillies racing at different Midwest tracks this Saturday. Pick your favorite destination and join either me or Maureen at Hawthorne Racecourse in Chicago or Churchill Down in Louisville.

Cocoa Bandita will be the first to compete as she leaves from post #4 at 12:30 pm (CST) in Race #2 at Churchill Downs. Multiple Graded Stakes winning jockey, Jose Valdivia, Jr. gets the mount for trainer, Dawn Martin.

Tiz Gallatin moves up in class in Race #3 at Hawthorne Racecourse, which includes six exceptional fillies. Tiz leaves from gate #5 at 3:20 pm (CST).

James Bielby rode Tiz in her debut victory, on October 19 at Hawthorne, and will get the call again for trainer Eddie Essenpreis.

A victory by either Cocoa or Tiz would not be an upset of Trump proportions, but with a good trip our fillies could embarrass the pollsters and finish in the money.

Saddleback Chocolates will be airing new 30 second commercial spots on radio and live streaming on computer. KMOX (1120 AM), KEZK (102.5 FM) and Y98 (98 FM) are currently airing the ads.

Our dear friend Elke Koch was the in-studio voice for the commercials and yours truly created the copy. Access Hollywood reports that Elke will be nominated for the Academy Award of Voice Overs. She adds an international touch of class and distinction to the product.

Maureen has been working diligently expanding her client base and promoting the brand. You will see Saddleback Chocolates prominently displayed at St Louis Union Station’s Polar Express and unique infused creations at Fezziwig’s in O’Fallon, IL. Check out her personalized corporate and wedding gifts at SaddlebackChocolates.com.

“Chocolate is the answer, no matter what the question.” Click on the commercial below. 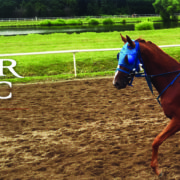 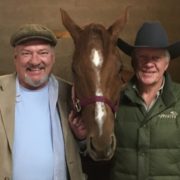 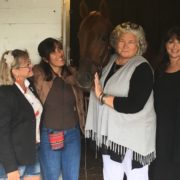 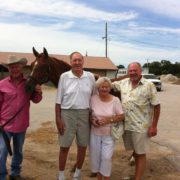